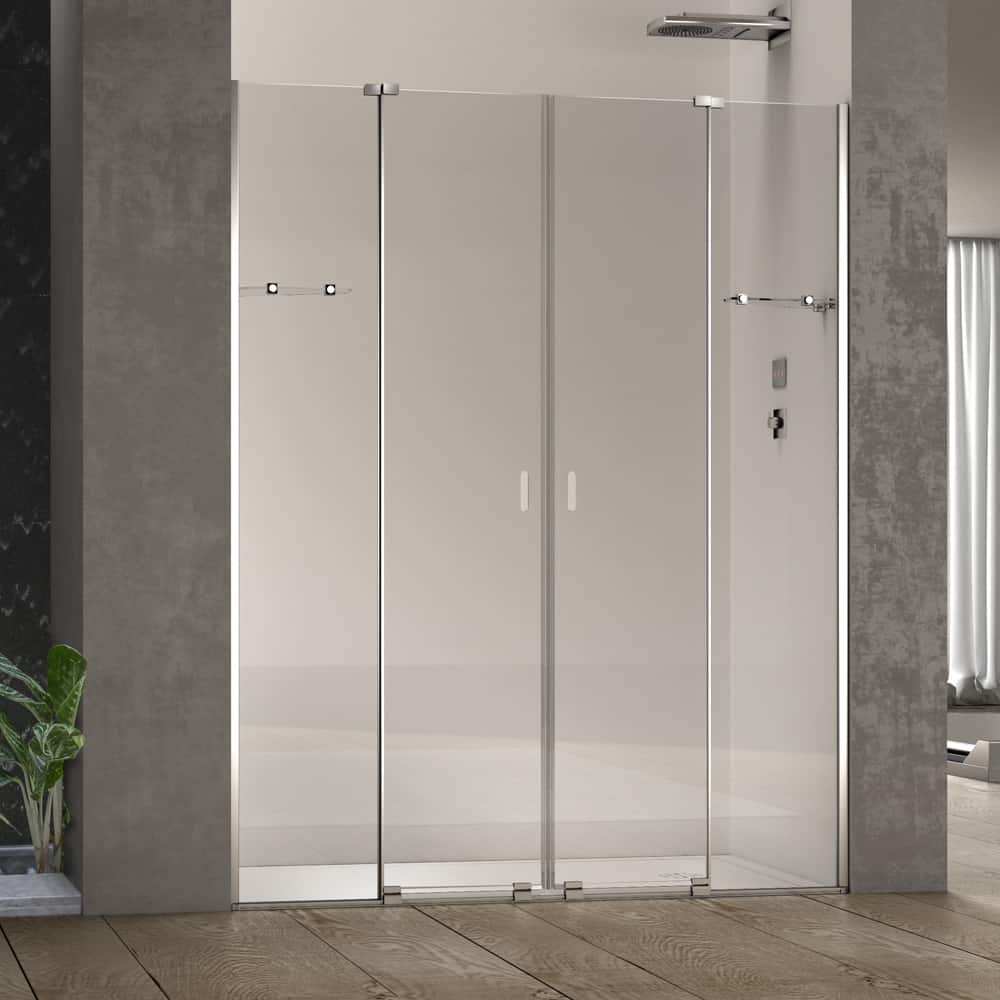 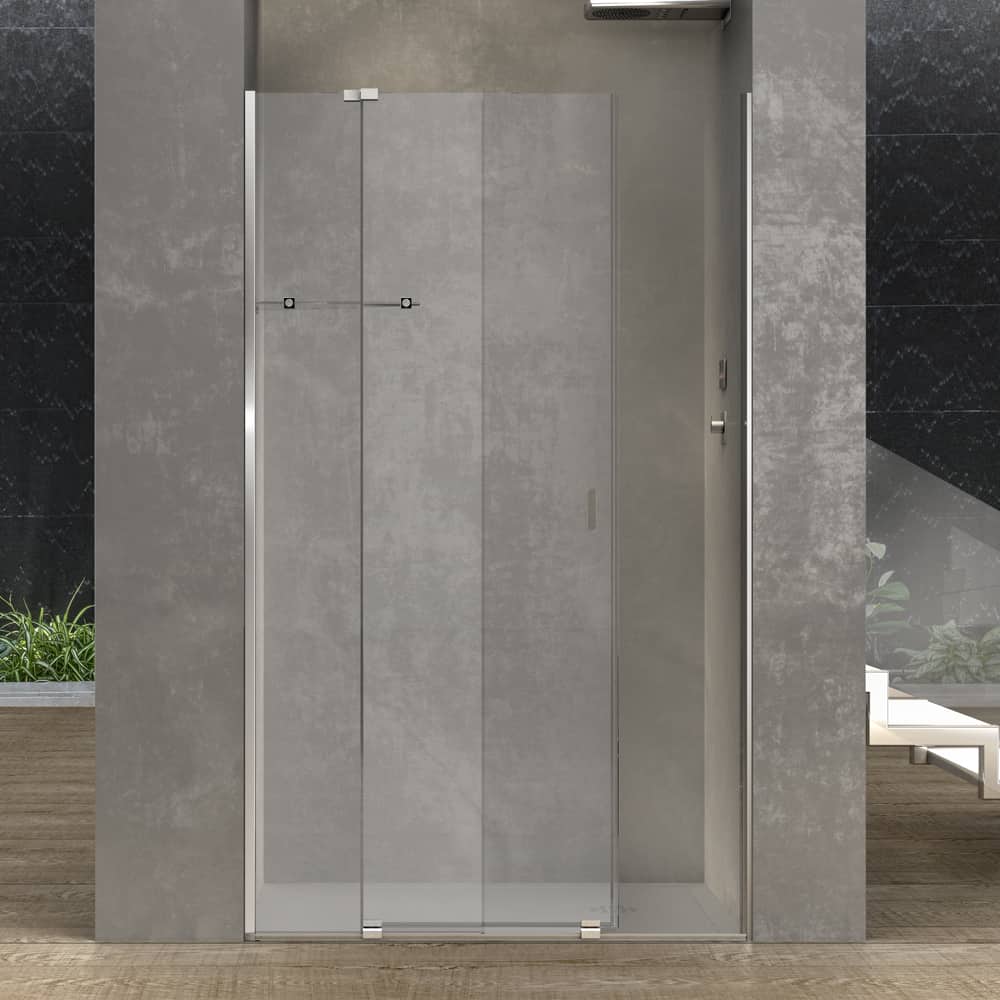 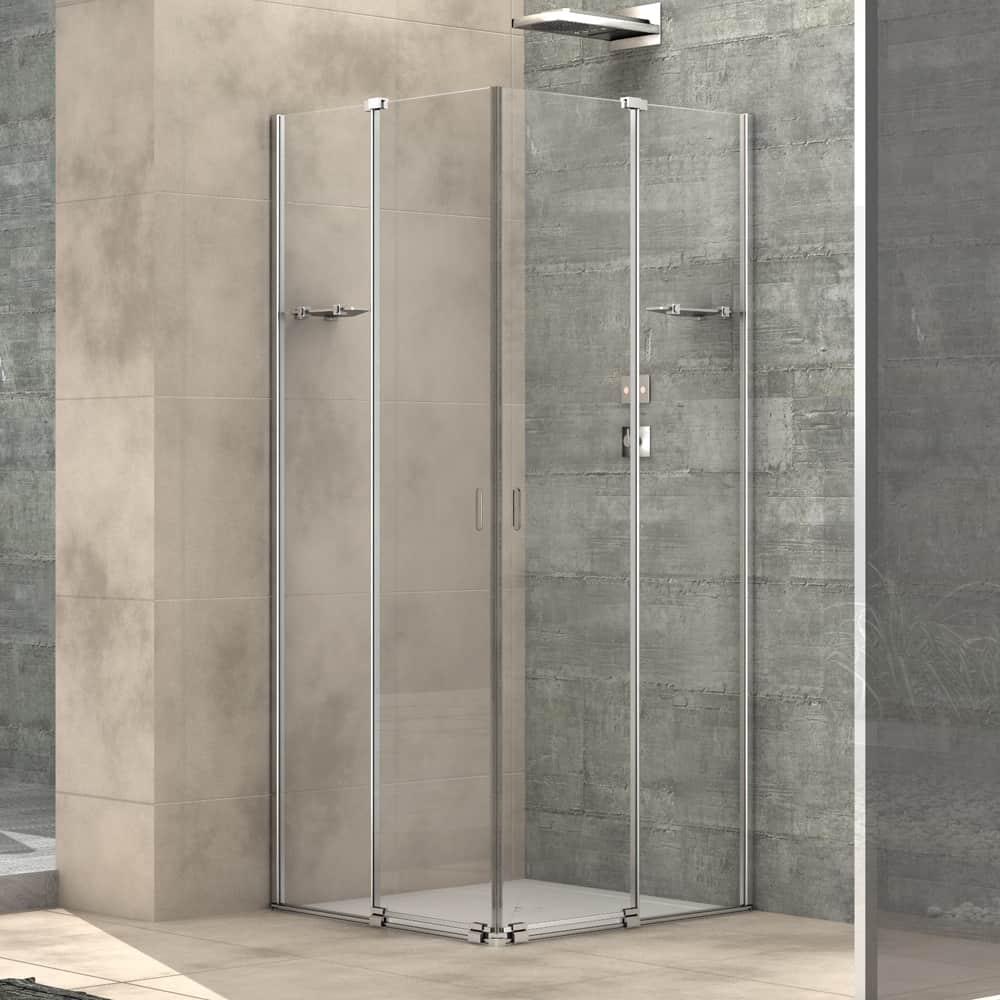 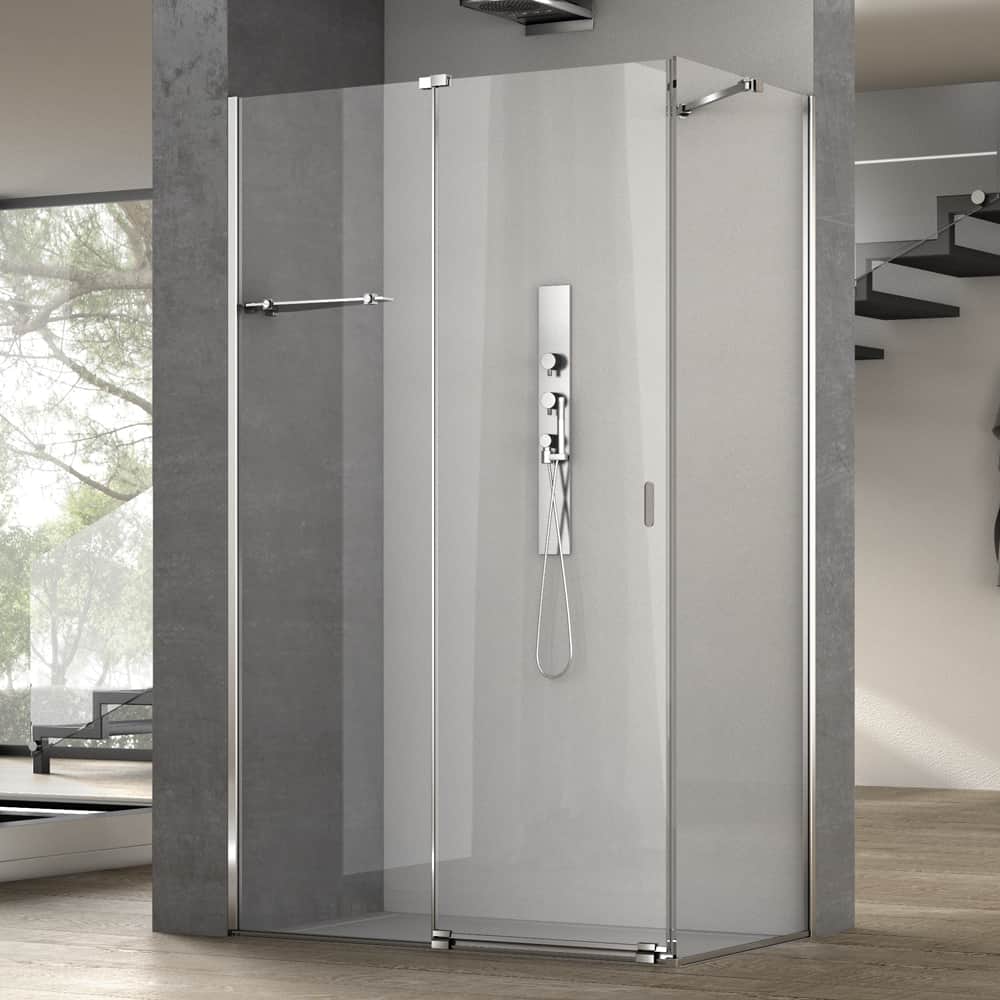 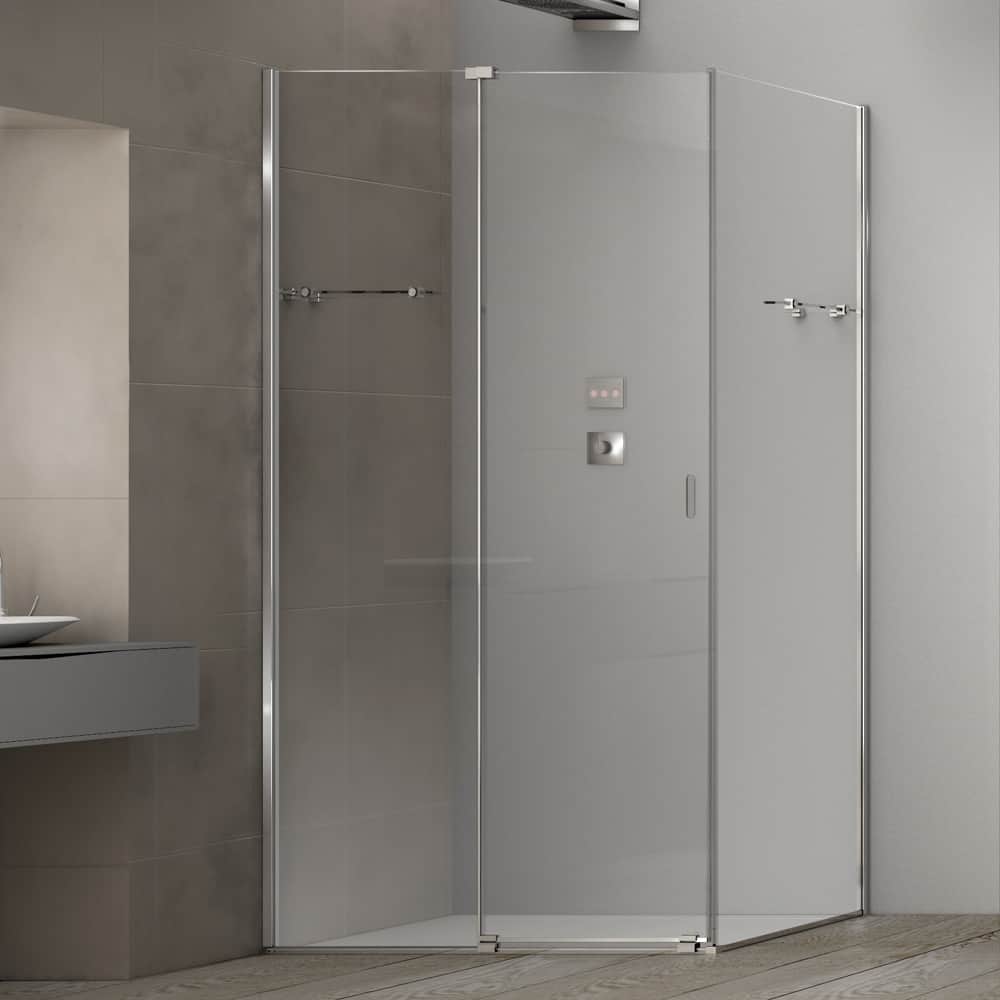 “An illusion is a distortion of sensory or cognitive perception, caused by the way the brain is used to organize and interpret the information it receives. Illusions can involve all the senses, but optical illusions are the most emblematic and best known since sight often overrides the other senses.”

This is the concept that led to the design of the new Illusion shower enclosure, new for 2020; the idea of the classic shower enclosure is thus dematerialized, favoring a more extreme, latest-generation abstraction where everything is brought to the fore by exalting the glass, creating a series of illusions:

It looks like a hinged door, but it is actually a sliding door since the classic sliding track at the top of the box is not visible. In this case, the sliding track is minimal and very light and is positioned in the lower part of the box, allowing the product to have a very clean line.
It seems to “stand-alone”, in reality, the box is supported by a glass shelf, rather than by the usual arms or metal elements; only for the fixed side is there the possibility of inserting the support arm. The shelf factor is an element that is distinguishing us (launched with the Prisma 1.0 and 2.0 series), in fact, we are the only ones in the bathroom furniture market to have it, giving a concrete and design support to the shower enclosure itself.
The perception of reality is deceived thanks to the presence of a slot in the door of the shower enclosure, creating an effect of “no handle” in which there is an easy opening by inserting the hand either from the outside or inside the box, but for the more traditionalist customers who want the presence of the handle is also given as an option at a later date, going to fix in the slot.

A revolutionary shower enclosure, with 8-millimeter glass and a height of 200 centimeters, with Protective Glass treatment included, giving the glass walls of the shower enclosure anti-water pick-up properties and with the possibility of adding Tecnovetro treatment.

To satisfy all the needs of a market that is increasingly attentive to sophisticated design, the new trendy finishes could not be left out: Rose Gold, Copper Bronze, and Copper Aluminium, as well as the classic Matt White, Brilliant Chrome, and Black. 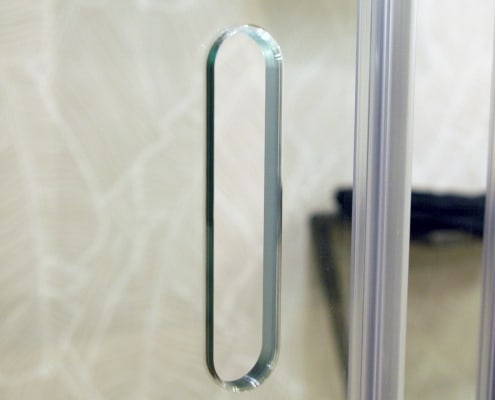 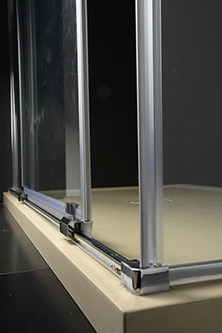 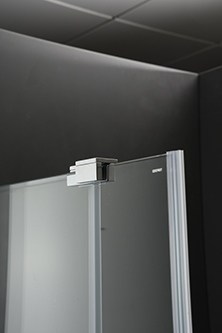 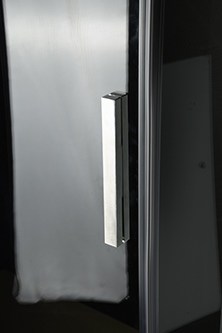 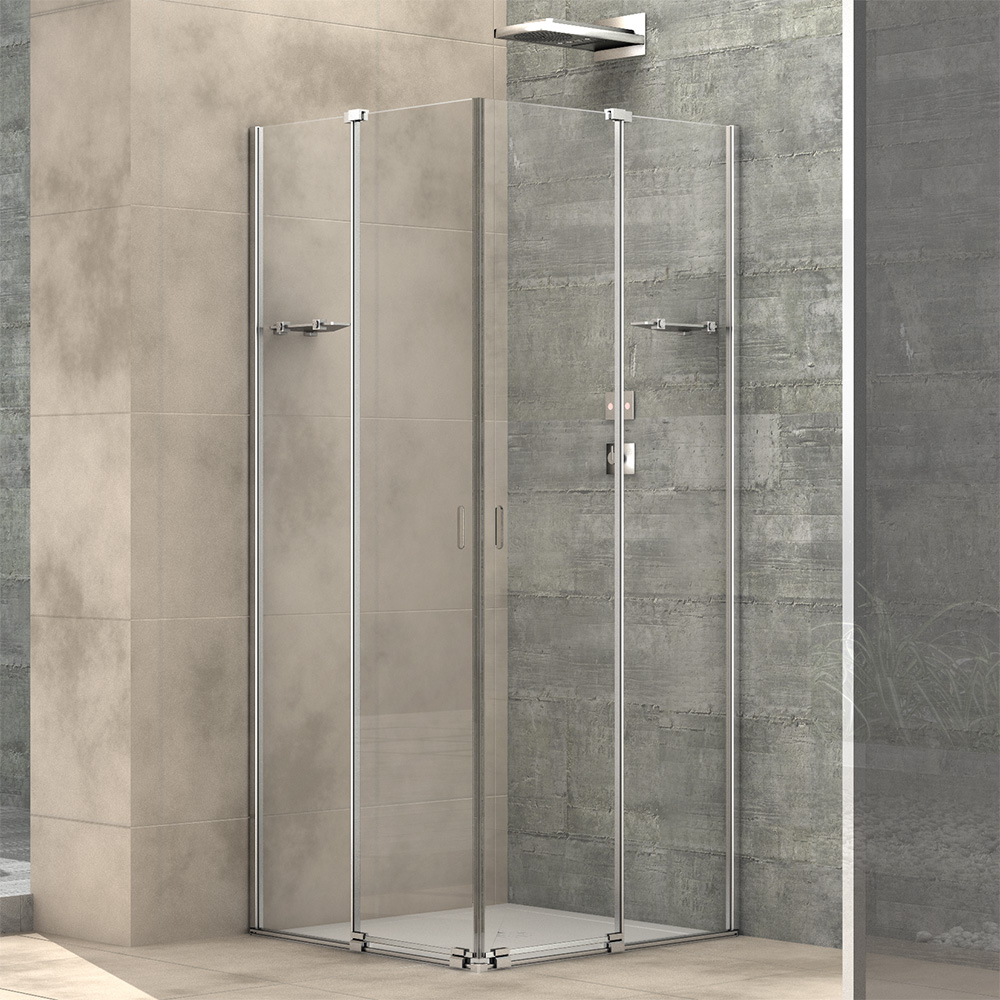 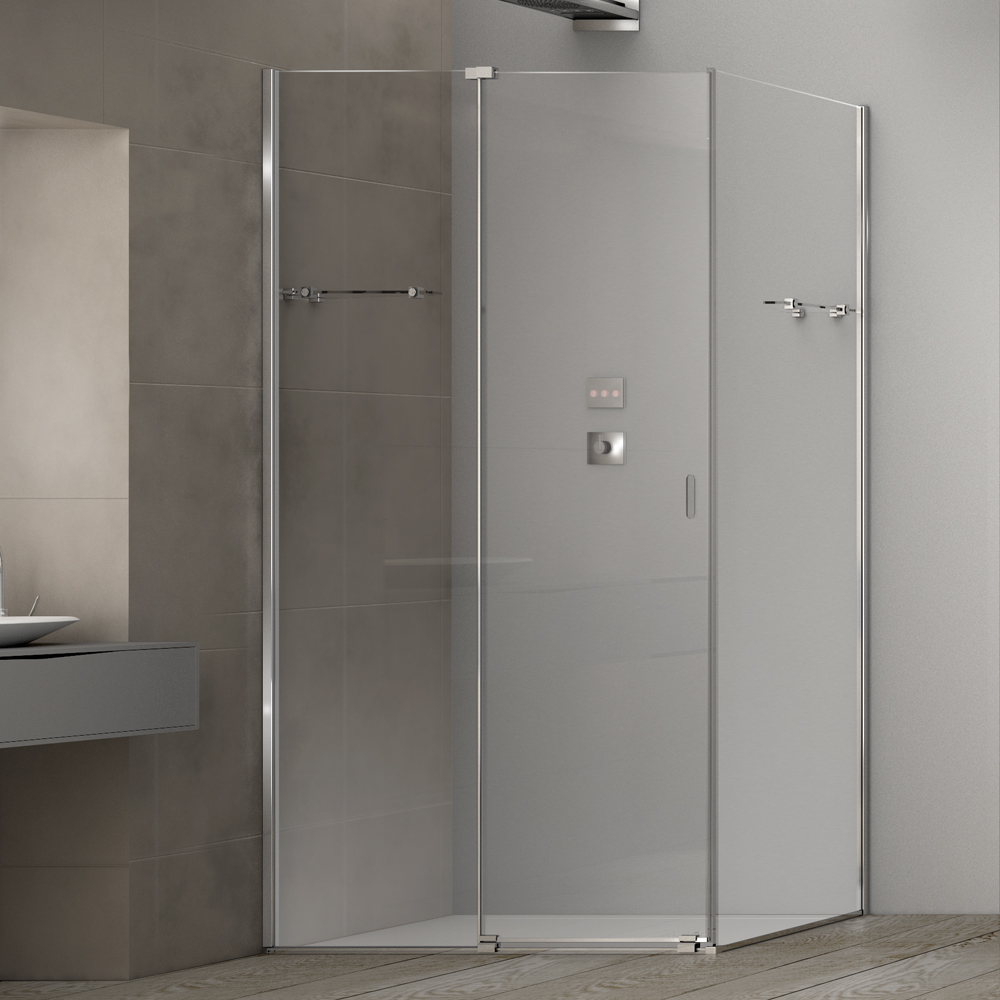 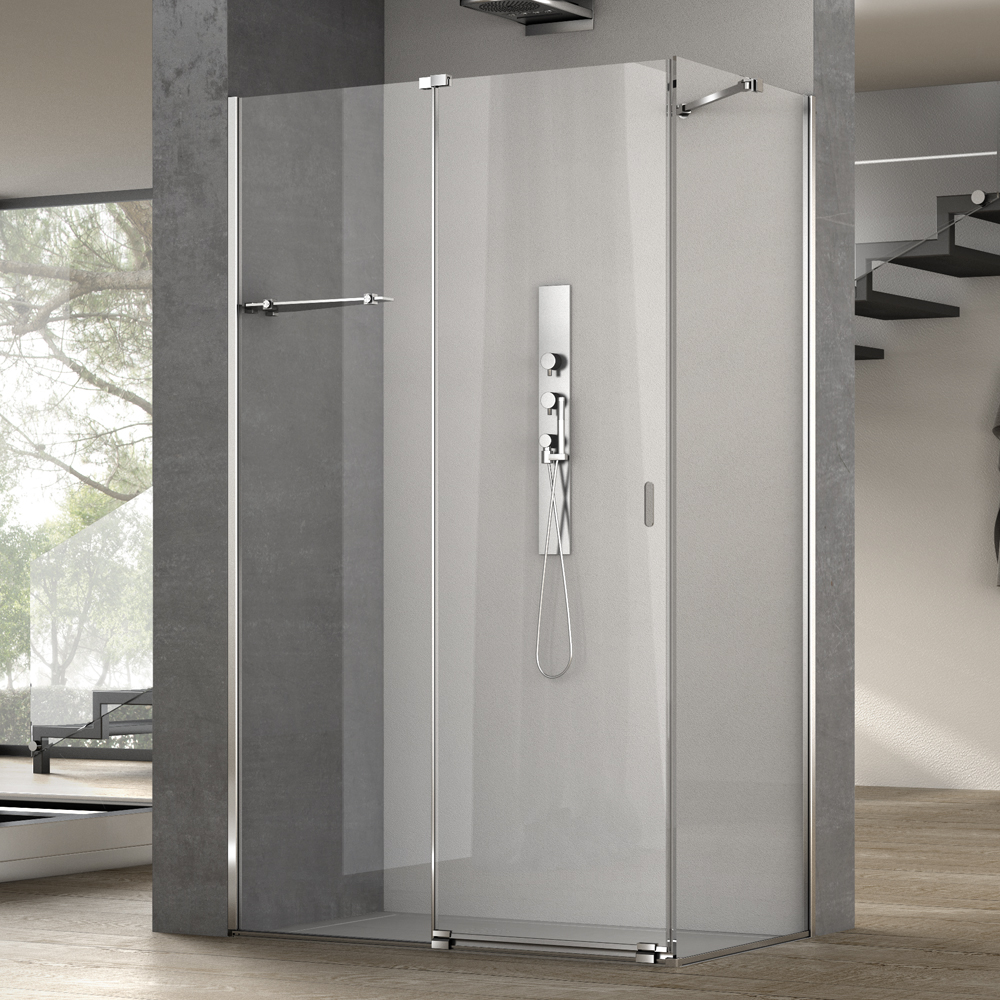 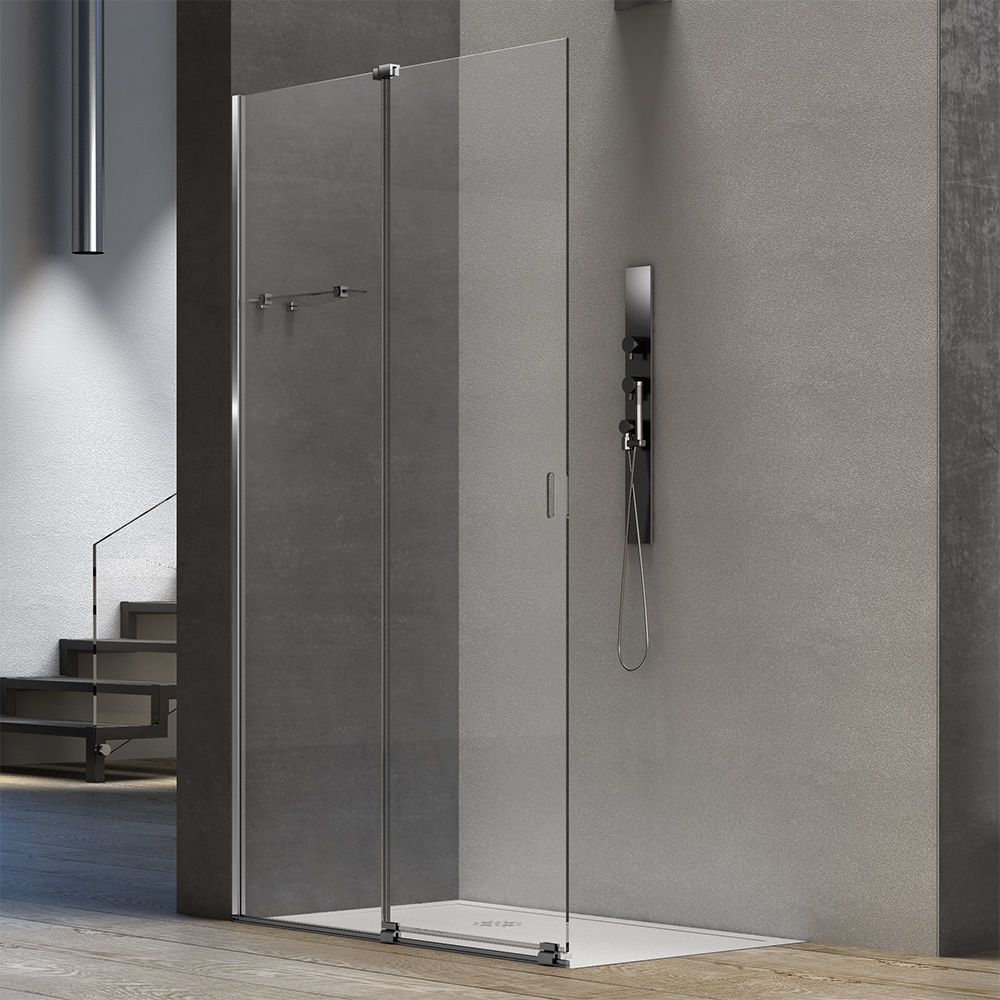 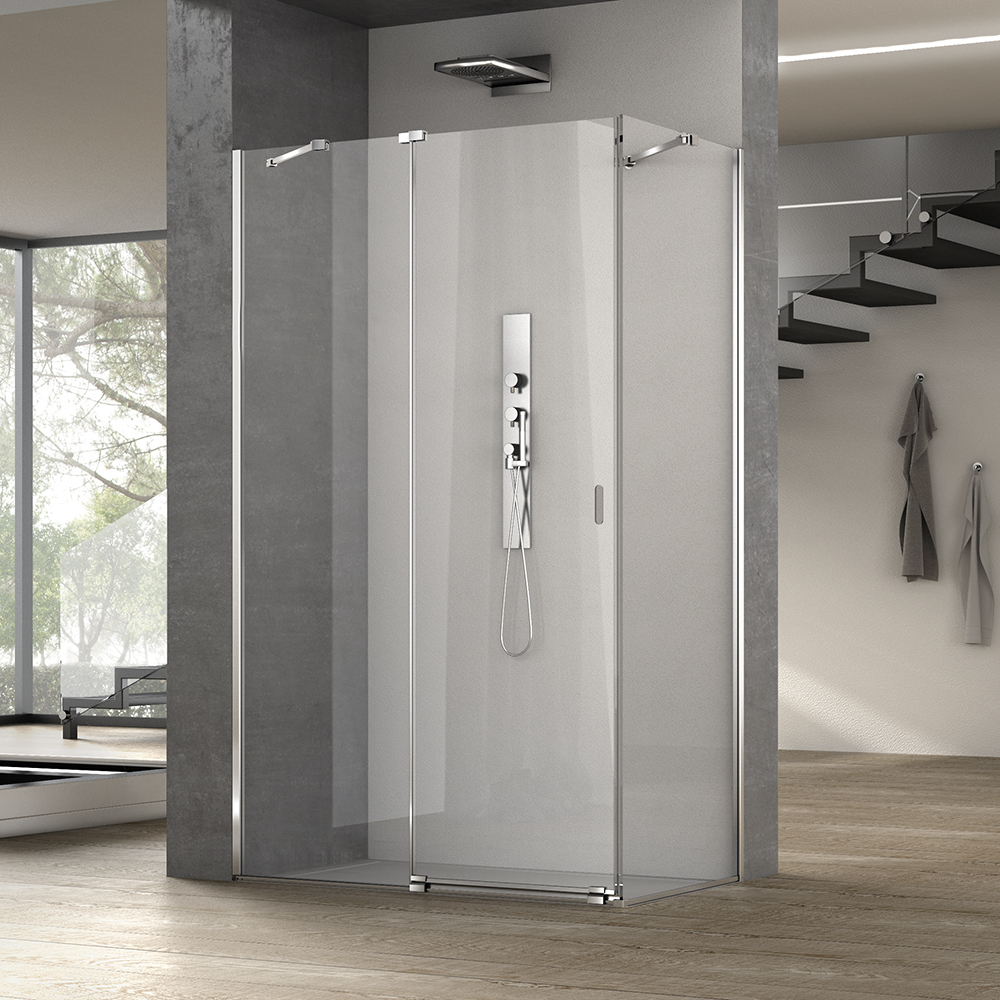 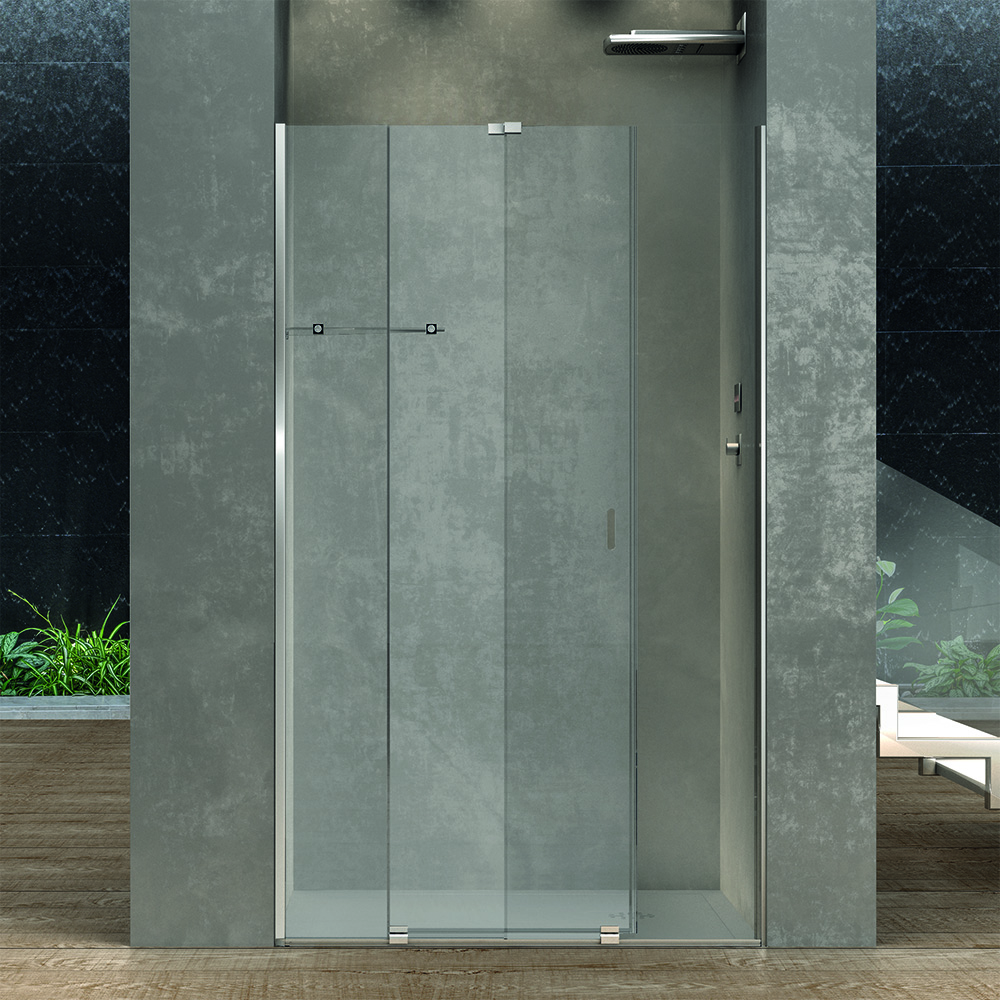 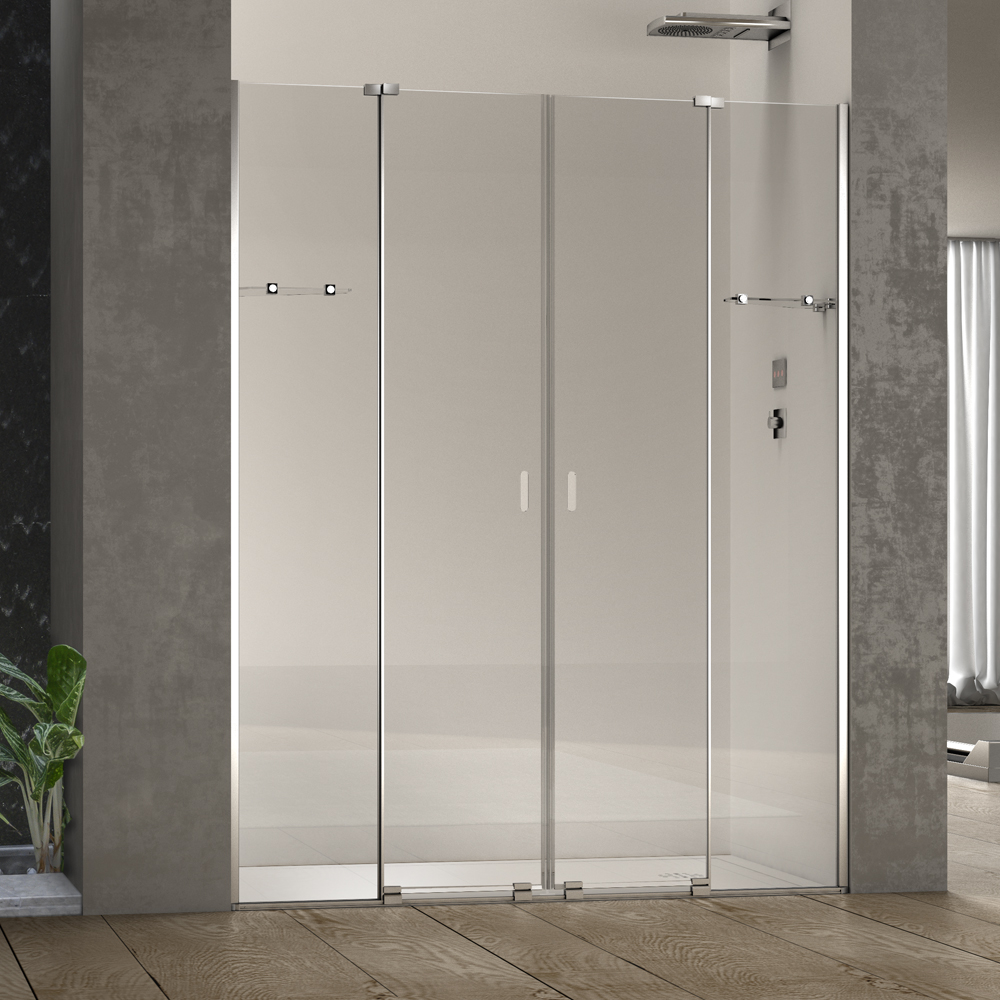